We have been on a sweep and found what nobody would want to see. Evidence of a Chimney Fire. This is a result of not having their flue swept often enough and bad burning practise, using the wrong type of wood like Pine which can cause a rapid build up of tar like substance in a flue. This helps creosote build up a lot quicker and eventually become flammable. Not having a flue/chimney swept regularly enough depending on the amount you use the appliance can place more of a risk of fire. These fires can stay inside the flue/chimney leaving the outside looking no different and they can extinguish themselves leaving the home owner unaware of what has just happened. This is then a disaster waiting to happen. The next time that appliance is used it could immediately become another chimney fire but with the damage of the chimney already done this time it could spread into the home, start in a loft and even spread to neighbouring homes.

Not only is it essential to have a flue/chimney swept regularly it is also important how the appliance is used. Don't burn pine or other sappy wood. Avoid burning seasoned, green damp wood as these increase rate of creosote build up. Don't over fill a fire. It is important to only have a fire the size suitable for the appliance.

If you ever suspect a chimney fire immediately call the fire service!

The images below show damage to the inside of a flue as a result of a chimney fire. The inner liner is no longer intact and any further use would of been life threatening. 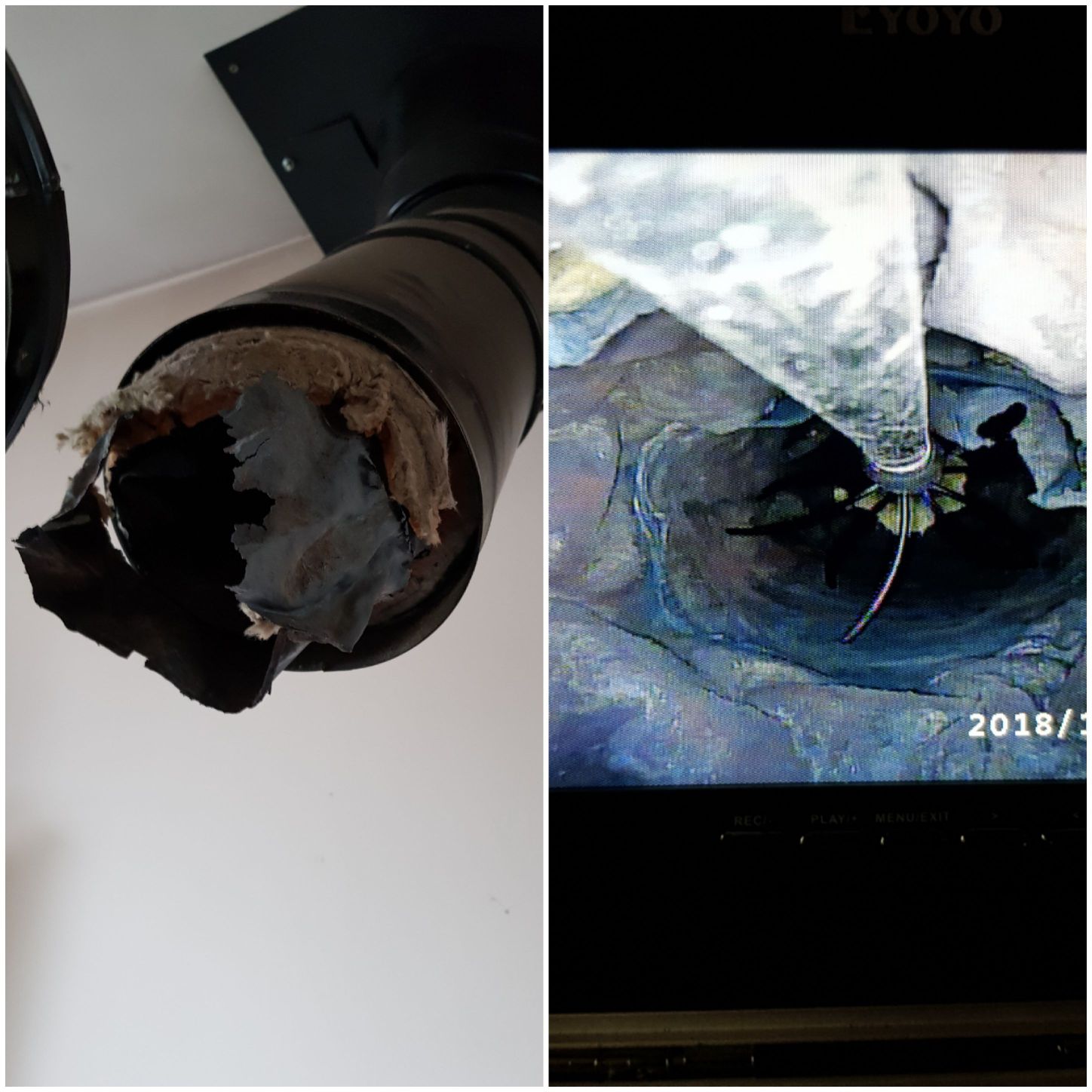